CONCEPT CARS OF THE FUTURE 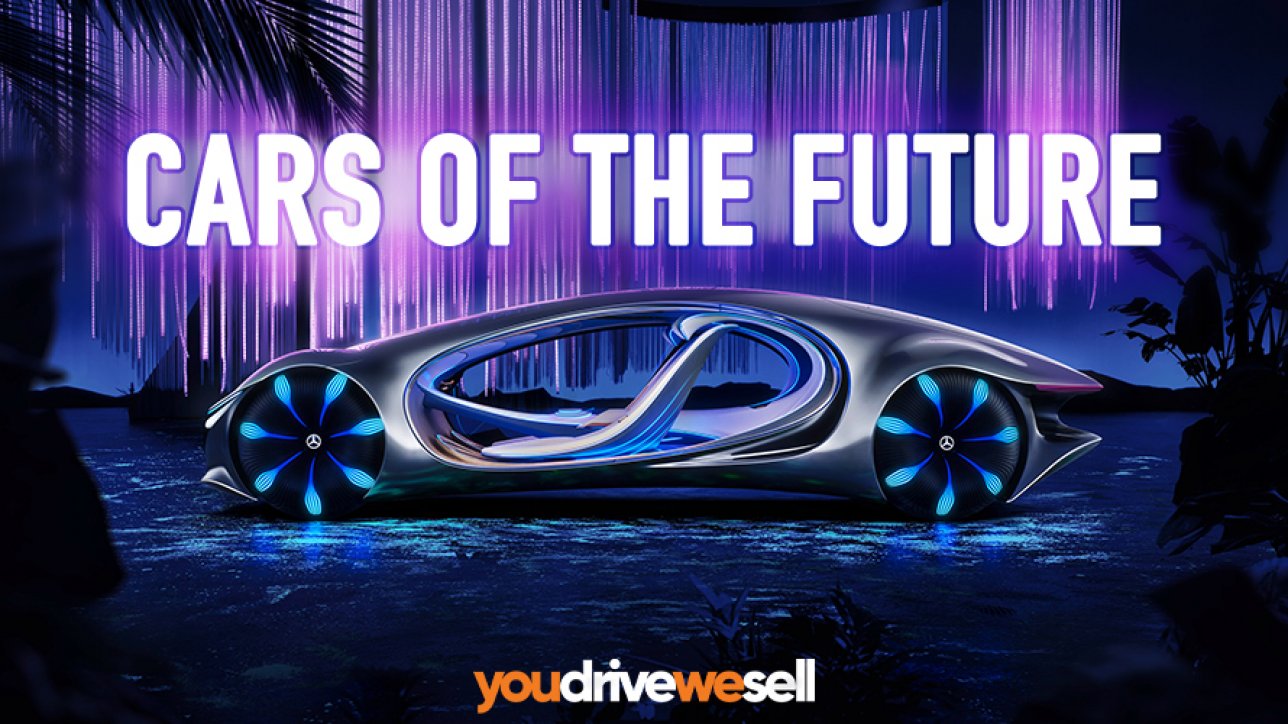 Concept cars of the future are every car-enthusiasts’ eye candy and give us a glimpse into what the cars in the next decade will look like, how they work and their extraordinary tech features.

Manufacturers have gone above and beyond with their ideas and have even approached big cellphone companies like Apple™ to create drool-worthy vehicle concepts for their brand.

A concept car (also known as a concept vehicle, show vehicle or prototype) is a car made to showcase new styling and/or new technology. They are often shown at motor shows to gauge customer reaction to new and radical designs which may or may not be mass-produced.

Let’s look into the future and see what it hold for the automotive world.

Here’s a list of 10 concept cars of the future:

Fans have been waiting a while for Ford to revive its iconic Bronco nameplate. It left the market in 1996, but the Bronco never truly left the hearts of the enthusiasts who loved it.

Like the Jeep Wrangler, Toyota 4Runner, and many good off-roaders before it, Ford says the new Bronco will be a real, no-compromise, body-on-frame 4×4 built to take on some of the toughest terrains. It will offer notable features like solid front and rear axles and an “Air Roof.”

Ford is killing off its cars in place of more SUVs – thankfully, the Mustang will stick around for another few years still. Ford has already confirmed that a Mach 1 electric SUV with Mustang cues is coming in a few years; if we had our way, this is how it might look.

If you thought the idea of a Lamborghini SUV was outrageous, why not try this Ferrari SUV rendering on for size? CEO Sergio Marchionne has finally confirmed the speculations of a high-riding utility vehicle within the Ferrari lineup, though, the company reportedly needs somewhere in the neighborhood of 30 months to complete the venture. The project has been given the internal codename FX16, and will share its platform with Ferrari’s replacement to the GTC4Lusso.

Honda teased us with the Urban EV concept. But with new prototypes on the road, the adorable EV should be available sometime in the next 4 years. Honda hasn’t provided us with a ton of info, unfortunately, but we expect the five-door to compete directly with other electric vehicles like the Nissan Leaf.

You might have forgotten that the Maserati GranTurismo even existed. But after ten years on the market has gone virtually unchanged, it’s in serious need of a makeover. The rendering seen here isn’t revolutionary, but it keeps the iconic lines of the sports coupe intact while bringing it into the modern era. Too bad we won’t see it until at least 2022.

In part of Elon Musk’s “Master Plan,” the Tesla CEO outlined a “new kind of pickup truck.” While we’re not sure entirely what that means just yet, the idea of instant torque and attractive design makes it an interesting proposal nonetheless. If and when the new pickup does arrive, it won’t be until at least 2023.

The new-and-improved Mitsubishi Outlander will debut sometime this year. And when it does, it should have a polarizing look. When it does arrive, the new Outlander could share its bones with the Nissan Rogue, as well as potentially the same turbocharged 1.5-liter four-cylinder found in the Mitsubishi Eclipse Cross.

The first vehicle from electric start-up Rivian should go on sale later this year as a 2021 model. The base R1T pickup, complete with 402 horsepower, 230 miles of range, and a nifty tank turn feature, will cost an arm and a leg new. But alternatives with up to 754 hp and a max 300 miles of range will be even more expensive.

Tesla debuted the Cybertruck late last year, with plans to roll out a production version sometime in 2021. The range-topping model could have as much as 800 horsepower, leading to a 0 to 60 mile-per-hour time of just 2.9 seconds, and all-wheel drive.

Vacuum-maker Dyson wants to get into the vehicle production came; Founder and CEO, Sir James Dyson, announced earlier in 2019 that the company would be investing R20 billion into the project. It’s unclear exactly what the vehicle might look like, but with some McLaren-inspired cues, the sports car has come to life digitally.

We truly hope that some of these cars get released as soon as possible and the thought of new and improved future cars makes every car enthusiast burst from excitement and the wait unbearable.

Do you want to sell your car?

Quick, Safe and Secure – You Drive We Sell

WE WANT YOUR CAR! |  FACT OR FICTION?  |  A STEP-BY-STEP GUIDE TO MAKE SURE YOUR CAR IS SPOTLESS BEFORE SELLING. |  TOP #7 MISTAKES PEOPLE MAKE WHEN SELLING THEIR CAR.  |  TOP 5 FASTEST CARS IN SOUTH AFRICA