DAMN YOUR EYES: THE 8 UGLIEST CARS EVER MADE 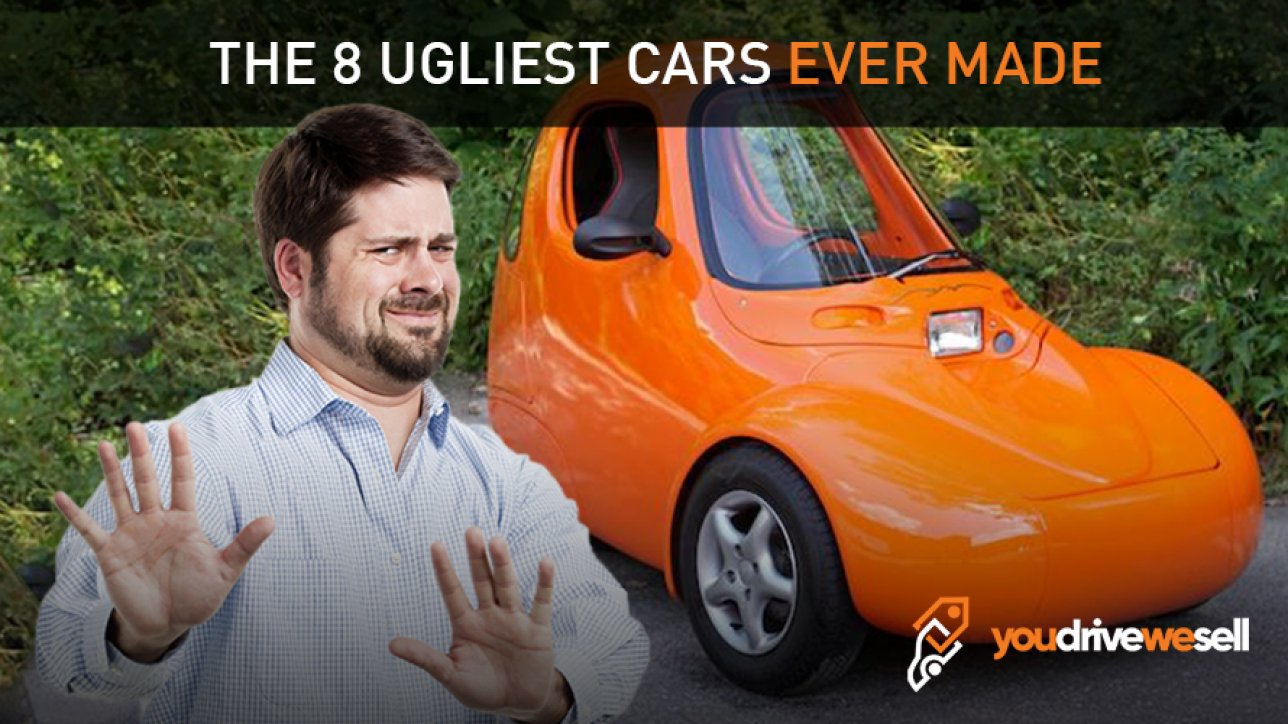 Beauty is in the eye of the beholder, they say, but that doesn’t explain how a car can be brought to market that looks like a complete eyesore. (Come-one guys, you had one job!)

When a car designer creates a baby that you’d have thought only they could love, it then has to be signed off by the head of design, and then other members of senior management, long before it’s finally revealed to the public. This allows plenty of opportunity for a few nips, tucks and changes. The result, usually, is a car that looks kind-of acceptable to most buyers.

Sometimes, though, a car is presented to us that looks so horrible that it defies explanation.

The search for the ugliest cars of all time can take you into realms you would never expect, that’s why we’ve listed them for you, but beware, you might cringe along the way and ask yourself who would even sign off the idea of creating such an ugly vehicle.

Get ready for 8 ugliest cars, ever made:

(And some of them don’t even have good personalities!)

You can’t say you don’t know what you’re getting into when the car’s actual name is “Thing.” On the one hand, this 1960’s car would get the job done. On the other, it’s a bit like driving inside a cardboard box. Though perhaps it could be considered a bit more “retro” and “cool” these days.

We don’t have any words – why would a company create a vehicle that has each and every bad spec from its competitor’s cars fit into one? No wonder the Pontiac Aztek was discontinued in 2005.

The tragedy of the Multipla is that its exterior enclosed a genuinely clever and spacious interior, and it’s not bad to drive, either. It’s a shame, then, that you’d rather walk than be seen in this double-faced car.

The Chrysler PT Cruiser was an attempt to recapture some 1950’s magic. It was a failed attempt, though, and the only magic you’d want is the ability to make it shapeshift into something more acceptable to drive.

We have to give the Corbin Sparrow a lot of credit. It’s an all-electric vehicle that dates its eco-credentials back to 1999.

It was said to go more than 240 kilometers on one charge. But when you get a look at its dog-like nose and jelly- bean body you may want to keep it in the garage to charge your iPhone.

Though it sounds like a scary movie from the 1980’s, this 1970’s compact car became somewhat legendary for its small size and unique appearance. And by unique we mean it has a really great “personality.”

There are no bells and whistles behind the Nissan Cube. Still manufactured and sold today, you get exactly what you pay for when you purchase one – a dependable eyesore.

This retro-style, commercial Van was sold by Nissan from 1989-1992. And the only person who would be seen dead in this car would be Postman Pat.

Don’t feel bad if you own one of these monstrosities, we have a specially designed process to take it off your hands!

This will give you the perfect opportunity to buy yourself a pretty-as-can-be vehicle.

5 NEW YEAR’S RESOLUTIONS FOR YOUR CAR |  CAR ACCESSORIES THAT FIT UNDER YOUR CHRISTMAS TREE! |  COPY-CAT CARS! |  DAMN YOUR EYES: THE 8 UGLIEST CARS EVER MADE |  ADD SOME VROOM TO YOUR LIVING ROOM.